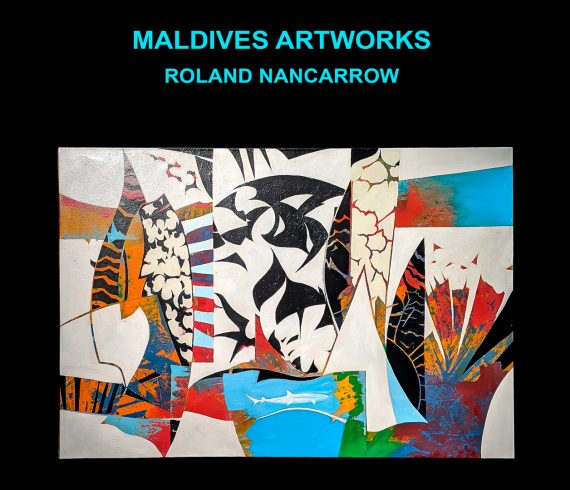 by Frei Films· March 14, 2021· in Art, Films· 0 comments tags: art, Frei Films, Maldives, Maldives Exhibition, Roland Nancarrow, Tanks Art Centre, watercolour
Roland Nancarrow takes us through a tour of his acrylic and watercolour paintings and sculptures which were completed in response to three artist residencies on three resort islands in the Maldives. Cairns based artist, Nancarrow, spent seven weeks on Reethi Rah in 2016, three months on Niyama Private Islands in 2017 and another three months on Atmosphere Kanifushi in 2018 Most of the paintings and watercolours were completed on the islands whilst the sculptures were completed in Cairns from the various encounters with bird species on the islands. The Residencies gave the artist the opportunity to explore the watercolour medium in several series commencing with the Niyama Garden series in 2017. Each series is fully illustrated in the ‘Maldives Artworks’ book which accompanies this exhibition. The exhibition has been previously shown at Milton Galleries, Mackay, The Old Ambulance Galleries, Nambour and Tanks Art Centre. Check out the film at: Roland Nancarrow. Read More